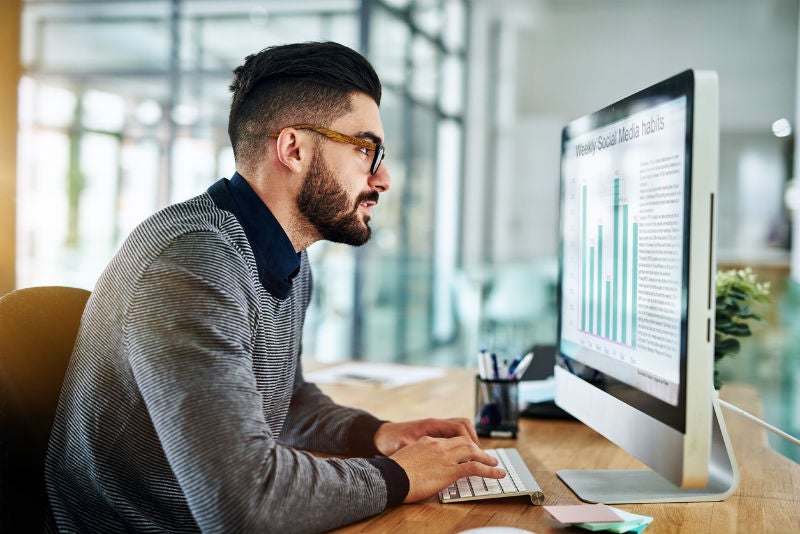 Data scientists will be highly sought-after into the future, new research shows.

A Deloitte Access Economics report released in February 2018 called The Future of work: Occupational and education trends in data science in Australia reveals that businesses are increasingly demanding technical specialists skilled in business translation to help management unravel the organisation’s strategy for growth.

It found the growth stems from the fact that companies want to integrate data and analytics into their daily operations. This has bolstered the demand for individuals with data science skills, with the development of analytics roles in a diverse array of sectors and applications.

Statistics quoted in the report show that just over 301,000 Australians worked in data science in 206/17, with strong indications of growth on the horizon. But a whopping 76 per cent of businesses say they plan to increase investment in analytics capabilities over the next two years, meaning strong growth is on the way. Major global corporations (e.g GE,IBM or HP) have set their future strategy on data as the enabler to long-term sustainable competitive advantage in response to this demand.

The overall positive outlook for the demand in these data science occupations is expected to be supported by the growing digital economy and the increasing applications of data analytics across a diverse range of industries. These new roles cover all aspect from strategy, operations to governance. The current and future demand will require more data scientists, data engineers, data strategists and Chief Data Officers.

The report also found that the rate at which information and data is being generated is faster than ever before.

Recent estimates suggest that the world creates an additional 2.5 quintillion bytes of data each year, with 90 per cent of all data in existence being created in just the last two years.

The benefits that organisations can gain from analysing big data has led to growing demand for data science skills, with increasing applications of techniques such as data mining and machine learning across many industries throughout the economy.

It also revealed that demand for software and applications programmers is expected to grow by almost 18,000 people over the next five years, at an annual growth rate of three per cent. The forecast growth rate is strongest for the non-IT occupation, such as roles like financial dealers in the finance industry, intelligence analysts in public administration and environmental scientists in the agricultural industry.

A broad range of other industries want suitable qualified data scientists, including industries such as finance, health and medicine, general sciences, cybersecurity, defence and agriculture.

Just some of the other opportunities within the field of data science include:

The report also revealed that the data scientist salary in Australia is on the rise. The average annual income of data science workers with a postgraduate qualification in Information Technology was $111,634 in 2016/17, and this is forecast to rise to a very healthy $130,176 in 2021/22.

However, data scientists that undertake further study will realise higher wages in the labour market, it revealed. From a human capital perspective, education is an important determinant of overall productivity of labour.

Further study in data science can help build core competencies for individuals currently employed in other areas, enabling them to pivot towards data-related roles, and develop greater understanding of strategic and business applications of data analytics.