Learn how you can propel your career forward:

Speak with a Student Enrolment Advisor

A Student Enrolment Advisor will be in touch to guide you through the process.

Future of the web = evolution of data 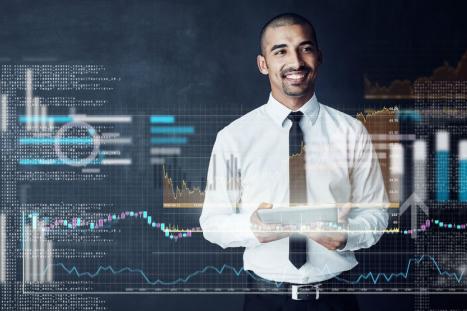 Here’s some food for thought – we now traffic 1,000 times more data per day than we did just five years ago. We’re also paying a lot more attention to how that data is being used, which is why social media giants are slowly being been brought to account for their practices.

The derived value of improving the quality of data kept by business and government is only now being recognised as a driver that that will shape the future of the internet. Businesses that have proven they cannot be trusted with our data will very quickly be despatched as trendsetters.

So what exactly will this data-rich world look like? How will the evolution of the web progress with improved data practices?

To look forward we must first look back to 2011, when the web became popular on all sorts of mobile devices, meaning data came from everywhere. There were also major announcements around the globe regarding national investments in broadband infrastructure.

Everything that everybody did online was visible, collected and commoditised as the mobile internet took off. As a result, by 2015 national data protection became an issue and splintered off certain parts of the internet that were less net neutral. Some of these practices were clear and could be seen around entire countries; the best example is the Great Firewall of China. So even though we began to see very open data, we also saw areas of the internet being closed off as data became a more valuable asset.

With all of that traffic and all of the work being done on making data machine-readable with open-standards rather than proprietary, the trust issue came to the fore. As we head into the future, this will be one of the most important issues. What is happening with my data? For what is it being used? Who can see it?

The internet will likely now splinter off even further thanks to trust issues and the introduction of major legislation covering general data protection. There will be the businesses that do it right, understand the costs and those that don’t. And the internet experience could be very different in other parts of the world as a result of border firewalls or closed markets. But let’s look at how the web, and the data it provides, will be helping humanity by 2038.

Virtual meetings: Language will no longer be a barrier when real-time multi-lingual voice and text becomes a regular part of global meetings.

Medical monitoring: Currently, much data from Australians with illnesses must be sent overseas for analysis. Instead, medical monitoring will be localised and customised care will be available in-home.

Smart cities: Many cities are currently discussing their ‘smart’ futures. In Sydney, for example, there is excitement around ideas that include smart energy, roads, public transport systems and buildings that talk to each other. Integrating all of these smart systems will not only create a city that runs more smoothly but will also provide city managers with an enormous boost in data that will help them predict what will be needed in the future.

Internet ‘on’ Things: That’s not a misprint – increasingly, we will be able to hold up a device, such as our phone, and see information on the screen about what is around us. A building containing a museum will be signposted on the screen, as will a skyscraper containing a viewing platform. Restaurants will be marked, as well as (perhaps) their price ranges and menus, and buses that reveal route information.

Machine learning: Not only will machine learning be openly available and off-the-shelf (in fact, it already is!), ready to plug straight into your app or website, but it will take AI from weak to strong. Certain AI offerings have been disappointing as the technology has found its feet, but as it matures it will be everywhere and always insightful.

Augmented human decisions: I already make better decisions when I have my phone. This will increase as virtual assistants become truly useful and tailored to our specific needs, both professionally and personally. Of course, AI will also be responsible for decisions with no human input whatsoever, particularly in repeatable, low-risk situations.

The evolution of the web is mobile

The future is mobile. Mobile domains and apps are already more important than their desktop cousins. The ‘internet of things’ is heavily mobile and the ‘Internet on Things’ is absolutely mobile.

Speaking of the internet of things, it is an area that will be very interesting in terms of the legal and regulatory side of data protection. After all, is it your personal data and your privacy at stake, or is it data that simply belongs to a ‘entity’ like your device, and not the person? Is the data from your smart fridge open to commoditisation and exploitation, or is that an invasion of an individual’s privacy?

The ever-increasing data demands of the future will produce endless and exciting career opportunities for data scientists and data engineers in businesses that realise trust is at the centre of everything. The winners of tomorrow, in terms of business, government departments and brands, will be those that are the most trusted.

Close
Back to top