How Environmental Psychology Can Help Build a Sustainable Future 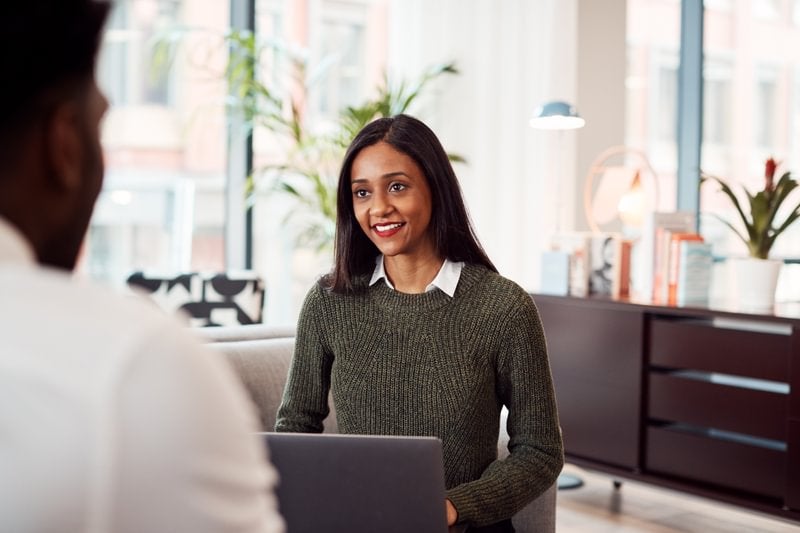 As human beings, we’re not separate from our environment: We’re part of it, and it’s part of us. Since the advent of mass industrialisation, the part we’ve played in preserving our environment hasn’t been overly positive. Owing to mass deforestation and the burning of fossil fuels, global surface temperatures have risen faster in the last 50 years than in any other period in the last 2,000 years. The era of climate change is upon us.

How humans interact with their environment, and how they think about it, is fundamental to fighting climate change. For this reason, environmental psychology – the psychology of how humans relate to their external world – is critical in ensuring a sustainable future for our planet.

Having an understanding of environmental psychology can be useful in a number of fields, including education, healthcare, counselling and more. You can build a foundational understanding of the field through JCU Online’s Graduate Diploma of Psychology (Bridging), which is aligned to the UN’s Sustainable Development Goals.

What is environmental psychology?

Environmental psychology is a branch of psychology that focuses on the relationship between humans and the world around them – specifically, the influence of environments on how people think, feel and behave.

While the term ‘environmental psychology’ more broadly refers to the relationship between humans and the world around them, the field comprises numerous environmental factors in psychology. These include the positive or negative effect of spaces on people who inhabit them (including the impact of environmental stressors, such as crowding or excessive noise), the calming effect of natural environments and other elements of wellbeing in human-made spaces – for example, how wellbeing can be maintained in offices, homes and schools.

Environmental psychology is also concerned with people’s personal space, sense of ownership over spaces, and how certain environments influence people’s concern for climate change and the planet, as well as what type of spaces influence environmentally friendly behaviours.

Why is environmental psychology important?

Environmental psychology informs how humans plan, use and interact within their environment. An environment can have a huge impact on their wellbeing, including in the face of climate change.

Environmental psychology offers a practical understanding of why people act in certain ways in their surroundings. It can also help create sustainable solutions and motivate people to act in environmentally friendly and climate-positive ways.

Here are four examples of environmental factors in psychology:

Researching how to motivate people to change their behaviour

Individual consumers can make small behavioural changes that may help make a difference to the planet. For example, deforestation is a big contributor to climate change, and many forests have been replaced with farmland to produce dairy and meat products. If consumers are motivated to eat less meat, this will reduce the demand for these types of products.

Environmental psychology researches people’s behaviour and what might motivate them to change ingrained habits like what they eat.

Understanding why some people live sustainably, while others don’t

For some, living sustainably is an easy choice, but for others, it may be a more difficult one, or not a choice at all. Those who specialise in environmental psychology world seek to understand different individual perspectives on living sustainably and why some people may be able to do so, while others can’t.

For example, people living in places with fewer options to recycle or reduce waste, or with services that are expensive or inaccessible, may not be as motivated or even able to live sustainably. On the other hand, people who can live sustainably may choose not to because they may prioritise other things over environmental wellbeing. Environmental psychology tries to provide answers to these important issues.

Those who specialise in environmental psychology fundamentally want to understand how they can motivate people to live more sustainable, environmentally friendly lives. As such, their services are often called upon by governments, charities and not-for-profits to explain what messaging may motivate people to sit up and take notice of environmental issues and what ultimately needs to be done to change their behaviour.

Psychologist Roger Barker developed this theory. He studied how students behaved in small and large schools and discovered that students who took on many roles in smaller schools were just as interested in taking on many different roles when moved to a larger school.

This theory has important consequences for understanding why people who are motivated to care about the environment may do so dependent on their setting.

Adaptation level theory suggests that people adapt to a certain level of stimulation from their outside environment and that a ‘right’ amount of stimulation exists. If stimulation increases or decreases, there may be unfavourable results.

This theory has important consequences for how much stimulation people need to act in desired ways. It also helps those who work in environmental psychology understand the reasons why people may not be prioritising environmentalism and sustainability in their daily lives.

According to arousal theory, people’s behaviours and experiences relate to how psychologically aroused they are by the stimulus in their environment.

The theory posits that an optimum amount of excitement or arousal for each individual exists and that people change their behaviour based on the amount of arousal they desire. For example, people who have higher optimal levels of arousal behave in a riskier way, whereas those who have lower levels are satisfied with less exciting or risky behaviour and situations.

This theory has important consequences for environmental psychology as, when looking after the environment may involve risky or different behaviour, people with lower arousal levels may be less motivated to change their behaviour. For example, those with a low-risk tolerance would likely not try meat alternatives or other items that they’re not immediately comfortable with, regardless of the impact of that choice on the environment.

Behavioural constraint theory suggests that when elements of a person’s environment threaten their behavioural freedom, they react in a way that helps them escape the stress or cope better with the stress. People may also adopt ‘learned helplessness’: Instead of reacting, they simply feel hopeless and despondent and don’t do anything as a result.

This theory can be applied to populations suffering from the worst effects of climate change, such as those in areas that are now more prone to flooding. Some people may elect to move to other areas, whereas others may focus on flood-proofing their homes. Some people may, sadly, elect to do nothing at all, as they feel so powerless in the face of a global phenomenon that they don’t feel they can personally change.

Environmental stress theory posits that external environmental stimuli cause responses in people. People perceive a threat and respond to the stressor, whether the threat is real or imagined.

If people experience extreme stress, they may react negatively in future situations, whether the threat is real or not. One example is bushfires. People affected by bushfires may be triggered and stressed by hot weather and wind, regardless of the bushfire threat on any given day.

An example of this in the environmental realm is how climate change denial information is distributed on social media. Once someone clicks a link, social media algorithms target them with similar information, and they end up in a vortex where all they see (and believe) is information that supports their current worldview.

As the amount of carbon dioxide in our atmosphere rises, global temperatures change and weather events become more extreme, understanding psychology and its impacts on global climate change becomes even more important. Environmental psychology seeks to answer these questions: How do we motivate people to change their behaviours? What do we do about climate change deniers? How do we help people whose mental health is affected by climate change? How can we all cope?

Given the existential threat that climate change presents, there will be a massive psychological impact of global climate change on people’s mental health.

Research conducted thus far suggests that climate change is associated with increased mental health problems, such as anxiety and depression, as people worry about the future or are scarred by past traumas. As more frequent disastrous weather events occur, this is likely to get worse. Resource scarcity in some areas (due to droughts and floods), as well as people being dislocated from their homes, also poses huge mental health problems for the future as people struggle to cope with the constant threat of disasters.

The psychology of climate change

Environmental psychology helps us understand both why people may be motivated to care about climate change (and do something about it) and why they might deny that it’s happening.

First, environmental psychology shows that some people have certain cognitive tendencies that may motivate them to both empathise with and take action on issues relating to climate change. For example, research shows that those who have had firsthand experience of climate change are more likely to be motivated to address it than those who are presented with statistics. These findings can help inform policies and messaging when it comes to climate change – that is, environmental agencies should focus on lived experiences as opposed to data.

The psychology of climate change also helps explain climate change denial. Research suggests that people may have a motivated bias against evidence as they’d like to believe that it simply isn’t true. The magnitude of the threat – and the fact that it’s existential – also motivates people to deny it.

Research further shows that people’s ideology and social identity also contribute to their reasons for denying climate change and their claims that it’s a hoax.

Environmental psychology also gives key insights into the large swathes of people who aren’t deniers, but who also aren’t taking strong action on climate change. This group, according to research, believes that climate change is a problem that’s ‘out of sight, out of mind’, and calls to do something make them feel helpless, or alternatively, they’re apprehensive about making sacrifices to make positive changes.

While there are many negative psychological impacts of climate change, psychology can also be used to help better understand why some people don’t live sustainably and encourage them to do so. For example, the Australian Psychological Society has presented the A.C.T.I.V.A.T.E. framework, which is designed to help people address and cope with climate change stressors and remain engaged in advocating for sustainability. The acronym stands for:

Help motivate others through environmental psychology

The 100% online Graduate Diploma of Psychology (Bridging) from JCU is a contemporary and hands-on degree including the subject Environmental Psychology and Sustainable Futures. Learn more about the benefits of postgraduate study in psychology by contacting one of our Enrolment Advisors today.