An open dialogue about bullying in nursing 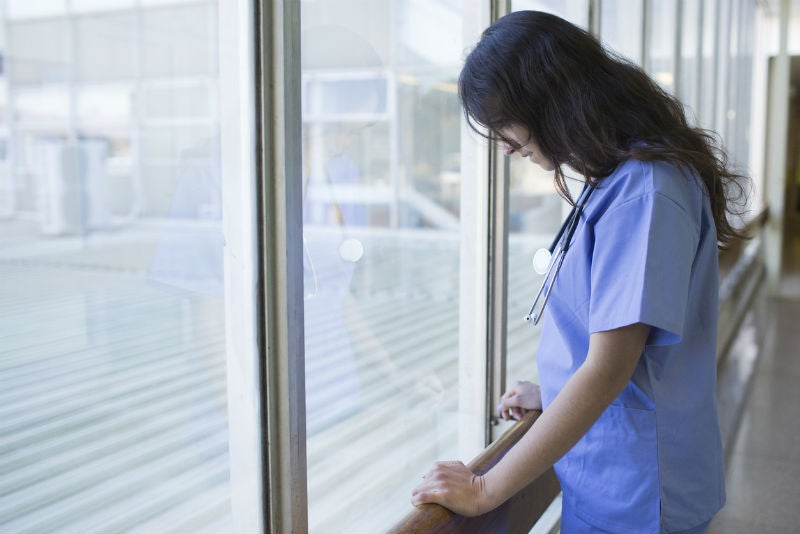 Bullying has been a prevalent concern within the nursing industry since Susan Jo Roberts of Boston University conducted a study among American nurses back in 1983. More than 30 year have passed since that research was first completed, however, as Professor Melanie Birks and PhD student and sessional tutor, Peter Hartin, recently discussed in a webinar for James Cook University, this problem still persists.

“The prevalence of workplace bullying in nursing is troubling,” Mr Hartin said. “We’ve heard some nurses have likened their clinic to that of a battlefield, and described the environment in which they work as a place of professional turmoil.”

With such tumultuous conditions, it’s little wonder that those who identify as having been bullied report significant impacts, including psychological distress, depression and burnout.

“The aggressive and destructive nature of bullying can undermine professional confidence, [leading] to a feeling of powerlessness and decreased motivation,” Mr Hartin explained, “job satisfaction and intent to quit is significantly impacted. Many nurses consider leaving the profession or reducing their workload as a way of coping.”

Unfortunately, the ramifications of bullying within nursing go beyond affecting just those who are being bullied. Organisations suffer due to nurses leaving, creating recruitment and retention issues.

Patients also suffer from having to deal with inexperienced workers, or workers who – as Professor Birks explains – are “afraid to talk to their colleagues about a certain situation and [thus are] not getting all the information they need to provide quality care”.

With all that said, it’s still incredibly difficult to get a full grasp on the problem, and even more challenging to find ways to resolve it. This is largely due to issues in reporting, or lack thereof.

“Even though we don’t have exact figures on how much bullying occurs in nursing, we know that [a lot of it is] not reported,” Professor Birks said. “People think that nothing ever happens if they do report it, so why should they bother … we [also] hear from our participants in our studies that they’re concerned it might impact on their future career prospects, or just make the situation worse for them in a culture that’s already toxic.”

Mr Hartin added that the problem stems from the deeply rooted culture of bullying in nursing, as all too often it has been “overlooked and reduced to a belief that bullying is a rite of passage.”

So, what can be done to curb such a long-standing and entrenched issue, if anything at all? Professor Birks believes that while it’s a shared responsibility, it should begin with the nursing profession changing the narrative and reshaping the culture.

She also spoke about instilling a sense of professional identity in nursing students, noting that the curriculum at James Cook University does this well.

This involves teaching students about being resilient and developing their emotional intelligence.

“When you are emotionally intelligent, you’re aware of what’s going on, not only with you at the time through the muddle of emotions, but also being able to understand what other people have experienced,” Professor Birks said.

“[Emotional intelligence] is reflective and is being able to say ‘hang on a minute, this is not appropriate behaviour’, and being able to read people’s reactions to the way you behave.”

Professor Birks believes that being able to form a clear definition of what constitutes as bullying will also alleviate the problem, as it will make people “less likely to engage in it if it’s more recognisable.”

At the end of the day, bullying has no place anywhere; be it in nursing, another field of work, school, home or wherever else. Although there is still some way to go, this open dialogue between Professor Birks and Mr Hartin shows that the nursing industry is taking this issue very seriously. Steps are being taken to create safer, more supportive environments for future nurses.

Professor Birks and Mr Hartin are academic staff from JCU’s College of Healthcare Science and are heavily involved in the online Master of Nursing course. If you’d like to learn more about the online course, reach out to our Enrolment team on 1300 535 919.