How Data Science and IoT Are Shaping the Future 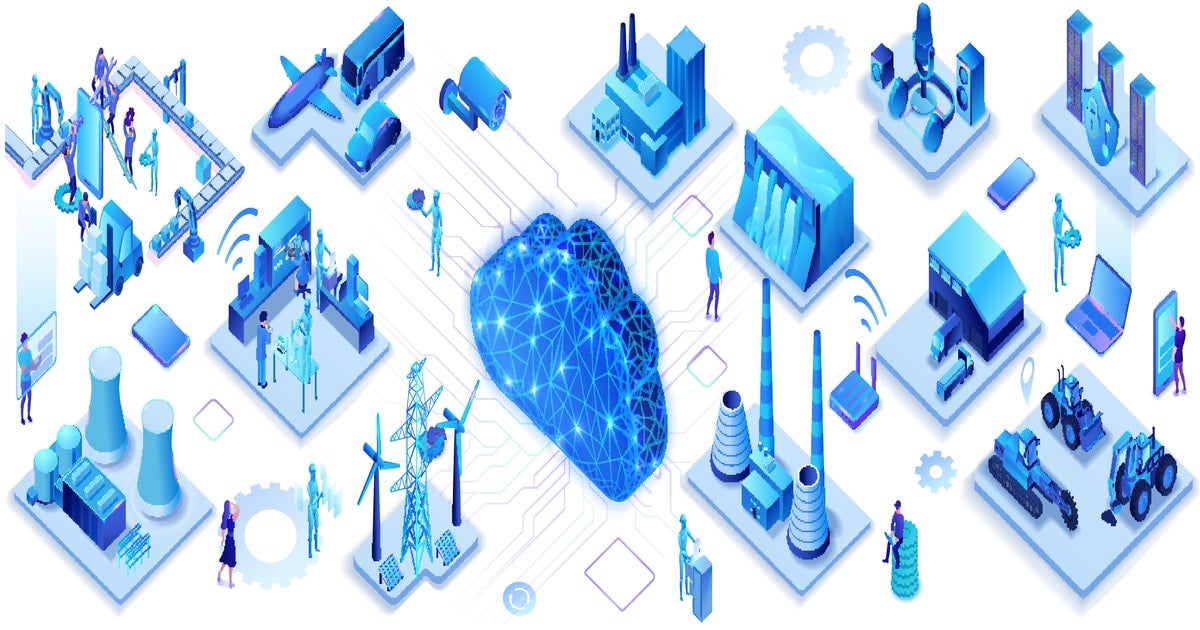 The Internet of Things (IoT) has established itself as one of the most important technologies of the 21st century. Composed of ever-expanding networks of sensors and machines, the rise of IoT is increasing productivity, powering the creation of new products and services, and enabling us to gather more data about our world than ever before.

Recent statistics attest to how data science and IoT will shape technology’s future. By 2025, the number of IoT devices in the world will reach 75 billion, according to AuManufacturing. In Australia in particular, the technology market forecast for IoT is bright, according to Statista:

Data science and IoT are interrelated – the data science field is crucial to the growth of IoT. The innovation of IoT provides yet more proof of data science’s indispensable role in the modern tech sector and has increased the profession’s already top-tier employability even further. The IoT industry already has a data science talent shortage, and as the industry continues to expand, its need for data science talent will continue to expand too.

Data scientists and other individuals interested in deepening their knowledge of data science and IoT can start their journey by studying JCU Online’s Graduate Diploma of Data Science (IoT).

IoT is fundamentally concerned with computers and machines using networks to “talk” to each other, a process that occurs entirely through the exchange of data. Therefore, if data is the fuel that IoT runs on, data science IoT algorithms turn that fuel into something useful.

Daniel Christie, Associate Dean of Industry att JCU’s College of Science and Engineering, believes data science serves a crucial value creation function for IoT systems. “Data science takes and utilises the data collected through IoT systems and technology, and transforms that through analysis and visualisation into something that can create value for an organisation or business. The data science component allows the value to be extracted and understood from the IoT technology use and deployment.”

For example, virtual assistants such as Amazon Alexa use machine learning to power their speech recognition functions. The sophisticated hardware and networking setups that Alexa devices rely upon would be of little value if data scientists weren’t around to enable their core voice-command capabilities.

Voice recognition is just one of many IoT-centric abilities that data science enables. IoT devices leverage a wide variety of data science capabilities to power the key functions they need to operate.

Due to the IoT industry’s focus on creating devices that directly interact with the physical world, the industry’s data science needs are somewhat particular. Here are some of the key areas that IoT data scientists need to know about:

One of the benefits of IoT is the massive amount of data it generates. In order to work in this context, IoT data scientists must be skilled at manipulating and processing big data, especially large-scale streaming data.

Real-time streaming analytics is necessary to power devices that need to quickly devise answers to complex user requests or that need to provide users with real-time visibility into something that the devices are monitoring (such as a factory floor). Because many IoT services receive data from multiple sensors simultaneously, it’s crucial to be able to aggregate multiple data streams together, so they can be analysed as a single whole.

Machine learning skills are crucial to the function of many data science and IoT services. Knowledge of deep learning, which powers things like voice recognition systems, is particularly important.

These technical skills are necessary for data scientists to be able to recognise and solve complex problems to make IoT systems work efficiently. During the design phase, Christie notes that data scientists must be able ‘to understand [the] question/problem that you are trying to answer with the data collected through the design and deployment of an IoT system/solution.’ The IoT system must then ‘effectively analyse, interrogate and communicate to present real solutions to the question/problem’.

To work effectively as part of an IoT team, it’s important to have a functional understanding of the entire IoT design and deployment process.

According to Christie, a strong knowledge of IoT technologies is crucial for data scientists. To understand ‘the art of the possible’, data scientists must know how to ‘design and implement IoT systems/solutions to collect the required data to understand [and] answer the problem’. This knowledge also ensures that data scientists can ascertain the limitations of a given IoT system’s data collection process, allowing them to make ‘appropriate considerations’ to ensure that the data analytics process is feasible in various real-world settings.

Key data science and IoT technologies that data scientists should gain an understanding of include:

CAD software is a key part of the process for designing and engineering IoT devices. Knowledge of CAD is necessary for data scientists to understand the basic structure of the devices they’re working on and the IoT development process from a physical design perspective.

Most IoT devices need to be compact and rely on compact computing hardware to operate. Two common hardware frameworks used by IoT developers are Raspberry Pi and Arduino, both of which allow for the creation of feature-complete computers on a single chipboard. Learning about IoT hardware frameworks allows data scientists to understand how far they can push their project’s on-device analytics capabilities.

Data scientists can gain a basic understanding of these technologies through self-learning – both Arduino and Raspberry Pi are open-source frameworks, and Raspberry Pi was initially invented as a computer science learning tool.

The majority of IoT products use cloud computing as part of their service, and spending on cloud services is estimated to grow by 20.4 per cent in 2022. By utilising cloud processing, low-power IoT devices can execute complex tasks that would otherwise be beyond their means to carry out. The cloud also provides IoT services with a central repository to analyse data from, and push updates to, all of its deployed devices. IoT devices that rely on big data processing are especially reliant on cloud services.

While it isn’t necessary for IoT data scientists to have an understanding of cloud engineering, it’s extremely advisable to have an understanding of what cloud services are available and how they can be used. A wide array of cloud providers offer data storage, management, transformation and analytics services. A data scientist must have a strong knowledge of these services to know what tools they can leverage to power their IoT projects.

Important cloud services to know about include:

All of these providers also offer dedicated IoT service management platforms that can connect with a variety of devices and protocols.

Edge processing tasks often rely on machine learning and other data science functions to operate. For instance, many edge sensors installed on industrial equipment use machine learning algorithms to predict when the equipment will need preventive maintenance.

Edge computing was developed to improve IoT services and is an increasingly important part of the industry. The ability to process data directly on a device means that devices can respond to user requests faster, which is extremely important for autonomous machines that need to be able to rapidly analyse and make decisions about their environment to operate safely and effectively.

How data science and IoT are shaping Australia’s economy

The Australian economy has a strong engagement with IoT, both from a usage and an innovation perspective. The Australian government is a champion of the Industry 4.0 paradigm, which envisions an IoT-driven fourth industrial revolution, and industries throughout Australia are already seeing positive results from adopting IoT technology.

Additionally, the Australian Government’s Digital Economy Strategy cites IoT as one of the technologies that can transform the Australian economy by 2030. The strategy projects that IoT will significantly contribute to sectors such as infrastructure, manufacturing and space technologies.

What are Australian companies doing with IoT?

Australia’s engagement with IoT goes far beyond simply purchasing technology made elsewhere. Numerous Australian firms are IoT innovators, showing that the country has many opportunities for those who want a career in the industry. Furthermore, Australia’s IoT presence isn’t limited to a specific sector of the economy, and successful IoT and data science innovation is being driven by established corporate giants and cutting-edge startups alike.

Australia’s mining giant puts significant funding into research and development, and that includes the field of IoT. The company is working to use IoT to automate much of its workflow, including heavy-duty trucking, train car loading and drilling. Autonomous drills are already in use in the company’s Western Australian iron mines, where they’ve increased productivity and reduced maintenance costs.

A construction-focused robotics firm, FBR has a premier product that’s a bricklaying robot called Hadrian. By relying on a sophisticated laser-guided sensor network, Hadrian can autonomously lay 200 bricks per hour – 10 times more than a human can. Formerly a startup, FBR is now publicly traded on the Australian Securities Exchange.

FactoryOne is a perfect representation of the convergence of IoT and data science. The company offers a suite of sensors that provide factories with real-time, machine-specific monitoring of their energy consumption. This data is sent to the cloud where it can be monitored by clients in real time, via a self-service analytics dashboard that can automatically identify inefficiencies in the factory’s energy usage.

Data science and IoT are interconnected and together can drive technological innovation. For anyone looking to become a tech industry professional, a data science career in IoT stands out as a high-demand role that’s firmly positioned on the cutting edge.

JCU’s online Graduate Diploma of Data Science (IoT) program can provide the skills needed to begin a professional data science career and covers specialised knowledge in smart devices and their design. Data science and IoT are two of the most important technologies of the 21st century, so a master’s degree that specialises in both can lead to success in Australia and globally.

Whether you’re looking to upgrade to a high-demand career or have long been interested in this emerging field, JCU’s online Graduate Diploma of Data Science (IoT) can offer a flexible and affordable way to achieve your goals.

Find out more about JCU’s online Master of Data Science.