What Is Data Mining & Why Is It Important for Data Science? 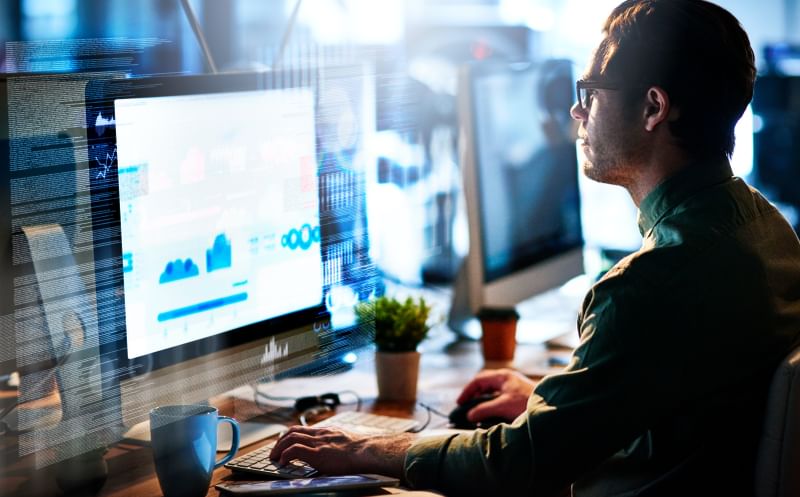 Data reveals insights, making it a precious commodity for businesses that work to monetise it with the help of data mining specialists. Data mining is the analysis of large sets of information, or big data, for pattern recognition. It is an essential process in data science because it enables data scientists to ask the right questions.

Data science is important for the future of all industries, and data mining will continue to play a crucial role in the field as it grows. Developing your skills with an advanced education can help you gain an in-depth understanding of what data mining is and how it can enrich your career in data science.

What is data mining?

You might be familiar with some of the data mining tools and techniques, which include:

These techniques may also be used in data analysis, statistics and mathematics.

According to the CRISP-DM framework, the data mining framework was published by a project led by a consortium of five companies in 1996.

There are six stages under the CRISP-DM framework, although the order can be changed, and it’s not uncommon to go back and forward between them.

The major phases of CRISP-DM are:

The time required for data preparation, the third phase of data mining can comprise up to 80 per cent of the time it takes to complete the entire project. This is because raw data from different sources can vary in quality ­– but it all needs to be cleaned, transformed, formatted and anonymised.

Beyond data mining, data scientists build machine learning models and apply them in a variety of settings. You may be familiar with machine learning on websites like Amazon, which recommends other products you may be interested in based on your purchases.

But that’s not all that Amazon’s machine learning is recommending.

Australia’s Olympic relay swimmers triumphed in Tokyo, thanks in part to a relationship between Swimming Australia and Amazon Web Services (AWS). AWS’s machine learning predicted the swimming squads of other countries, then suggested the best relay team combinations for Australia to win.

“Swimming Australia had a lot of systems that were collecting different types of data,” Karl Durrance, AWS director of enterprise Australia, tells The Sydney Morning Herald.

“By bringing this together into a central cloud-based data lake, the Amazon Machine Learning Solutions Lab and Swimming Australia developed a solution that pulled together athlete performance to support coach’s decision-making in competition, predict possible and probable competition outcomes, and influence tactical racing strategies while saving hours of manual analysis.”

Why is data mining important in data science?

Data mining is what stands between our decision-making brains and a gushing firehose of data whose volume is increasing rapidly. In fact, each of us is contributing another 1.7 megabytes to the global data tally – every single second.

So why don’t we just apply machine learning to that data? As it turns out, 90 per cent of that data is unstructured – audio, video, documents, emails and information from the Internet of Things (IoT), according to SAS.

Any data that isn’t in a relational database management system (RDBMS) is unstructured data. That’s why the third phase of CRISP-DM, data preparation, can take up to 80 per cent of a data scientist’s time to convert big data sets into structured data.

Ever since the early days of data processing and computing in general, we’ve understood the concept of “garbage in, garbage out” (GIGO) – and that truism is more relevant than ever today.

Data mining is important in data science, because it not only takes out the garbage when preparing data, but also aligns data with business understanding to produce data visualisations and information that influences effective decision-making.

What is data mining’s role in machine learning?

Machine learning is now being used to show public transport users in New South Wales and Victoria how full their train will be or how packed the station is before they leave the house or office. Data mined from passenger counting sensors are combined with predictive data modelling and machine learning for real-time crowding estimates.

Other valuable uses of machine learning from data mining include:

How data mining techniques can help businesses in the industry

Data mining specialists interpret and apply information from large data sets to business operations. Data mining is valuable to an organisation because it helps it understand and predict consumer behaviour. Thus it is particularly useful in organisations serving a large base of consumers.

Data mining can be used in a range of industries, including:

The career opportunities in a data science role

Regarding forecasting, the data point that matters most to future data mining specialists is the predicted job growth for data scientists. According to Seek, the number of data scientist jobs in Australia is expected to increase by almost 28 per cent between 2020 and 2025.

Demand for data scientists is also high globally. In the U.S., data scientist was ranked the third-best job in 2022, based on salary, job satisfaction and job openings.

The average annual salary for data scientists in Australia ranges from AUD$115,000 to AUD$135,000, according to Seek.

Data mining could be a rewarding career in data science, allowing industries to gain insight into decisions that can monetise information and influence the future of technology. One way to build the necessary skills and knowledge for data mining success is through education, where you can learn the required programming languages and industry specifics.

Discover how an online Master of Data Science degree from JCU can prepare you with the sophisticated methods and techniques, supervised by industry leaders, that can boost your potential in the rewarding field of data science.

Find out more about JCU’s online Master of Data Science.